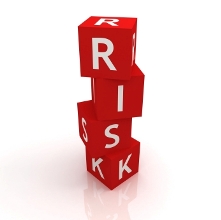 With most ideas, there is a correlation between how audacious or risky an idea is and its potential for economic reward. Disruptive or radical innovation produce  ideas which disrupt industry and dramatically change a business sector. These are audacious and highly risky but if they work out as hoped, they bring huge rewards.

Niklas Zennström and Janus Friis developed their own voice over Internet protocol (VoIP) and then built a business around it - Skype. They offered free telephone calls over the World Wide Web as well as cheap calls via the Web to ordinary telephones. Their business model was audacious. A couple of unknown Swedish guys took on the world's telephone service providers. Their idea was both innovative and seriously risky. Potential users might well have decided they did not trust  VoIP or Internet Service Providers who  might have tried to block Skype calls. In which case, the two Swedish guys would have lost a lot of money.

Skype has been a huge success story. There are more than 100 million Skype users around the world and the two founders sold their company to eBay for USD2.4 billion. Not bad for an audacious idea.

To visualise the importance of audaciousness in business innovation, imagine a simple graph with X and Y axis. The right end of the X axis is marked "Audacity", the left end is marked "Boringness". The top of the Y axis is labelled "Risk/Rewards". The bottom is labelled "Stability". Next, draw a narrow diagonal bar from the bottom left corner of the graph to the upper right corner. This bar represents the range where most business ideas fall. Audacious business ideas are risky yet innovative. Boring business ideas are safe and not very risky. But they do not bring high rewards. Most business ideas, of course, tend to fall near the axis.

There are several useful things we can learn from this exercise.
So, the next time you have a business idea, go on and be audacious. Push the idea to the limits and don't be afraid to go with it.
Posted by Derek Cheshire at 8:21 am

It is amazing how many "stupid" ideas have become incredible winners.

I loved the article.

When I stared my mall business over 10 years ago, I was told to give it up and quit as it was a waste of time.

Tim, I'm glad you carried on - your business sounds interesting! Sometimes we do have to stop to prevent ourselves committing business suicide. Its not really about huge risks rather than seeing what others cannot see.

Great to hear back from you. I agree that sometimes you do have to stop and take a moment to look at what you are doing!

But only listen to those who actually know what they are talking about!

Thanks for the reply.